A downloadable game for Windows

It is the evening of The Scarlet Ball, an annual high-society event, where wine and blood flow freely as the finest of the fine indulge in its chief theme: polite murder.

You are Countess Karolina Baumgartner. You are here to bring the yearly event to an indelicate, permanent end by killing its host, Lady Elaine Smythe. To say nothing of what stands in your way.

Blue Blood is a high-society slasher RPG in which you explore the elaborate Smythe Estate, solve elaborate puzzles, and mingle violently with the upper crust in a hunt for your target. Enter The Scarlet Ball. Eat the rich. (Currently contains 6 different endings!)

In order to download this game you must purchase it at or above the minimum price of $2.99 USD. You will get access to the following files:

I have been personally watching various creators play this game for pretty much a year, and I've been wanting to play it myself, and I was not dissapointed whatsoever. Even after knowing every in-and-out of the game after having watched (on repeat) every section of it on youtube, my experience was in no way dilluted or made worse. What I found quite peculiar however, is that even after exploring pretty much everything, there were only ever 2 places I never quite got around to stepping foot in....My descriptive skills are terrifying so, bear with me. When you get past the riddle-door at the beginning of the game, after speaking with Adrien, to get a floor tile you have to enter through the bloody cracks in one of the rooms, which leads you to the tunnel complex the trapped starved butlers escaped to. When you are JUST about to find the exit into the room with the dying butler and floor tile, if you stick to the far left corner of the wall, you can (FAINTLY) see another room in the distance, are you supposed to be able to access that room? You can't see the tunnel from the room that is adjiacent to the one you're ACTUALLY about to enter, so...what's up with that? My second curiosity is about the....heart key. I have tried to find meaning in almost every. Single. Little thing that happened in the game and maybe hope that it all leads to some sort of puzzle I'm supposed to solve, but I just simply couldn't find it. It may not even exist for all I know, however, after watching walkthroughs from older versions of the game, I noticed that the Heart Key doors didn't actually always tell you you needed a Heart Key, in the earlier versions it just told you it's locked tight...thus this couldn't be a coincidence unless it was all a huge bamboozle. Out of moreso curiosity, does the Heart Key actually exist/is it obtainable? Other than those 2 oddities, the only thing I have to say is. 5 stars. A pixelated game that spans roughly 2-3 hours has kept me more entertained than pretty much every single other AAA game, regardless of how much I've enjoyed them. No game has kept my attention so much and has pushed me to investigate the little things even more, and VERY FEW GAMES that I've played come and achieve the character development that this game does. I was pretty much, in one way or another incentivized to always feel a certain way for all the characters, regardless of whether or not I liked or hated them, I was never in a position where I was truly indifferent or didn't care. And this, in my humble opinion, is what genuenly makes this game so great. 10/10. Anything less would be doing this game an injustice.

If I had to describe this game in as few words as possible, I would say that its a beautiful psychological horror game that tells the story of a tragedy where it makes you want to feel bad for someone but you just don't know who to feel bad for. This game has six endings, and all of them leave you with a mixed sense of satisfaction and pain even ending s, which is probably the most joyous out of all of them, has a sense of pain. Overall, this is the best crafted and best scripted psychological horror game I have ever or perhaps ever will play.    11/10 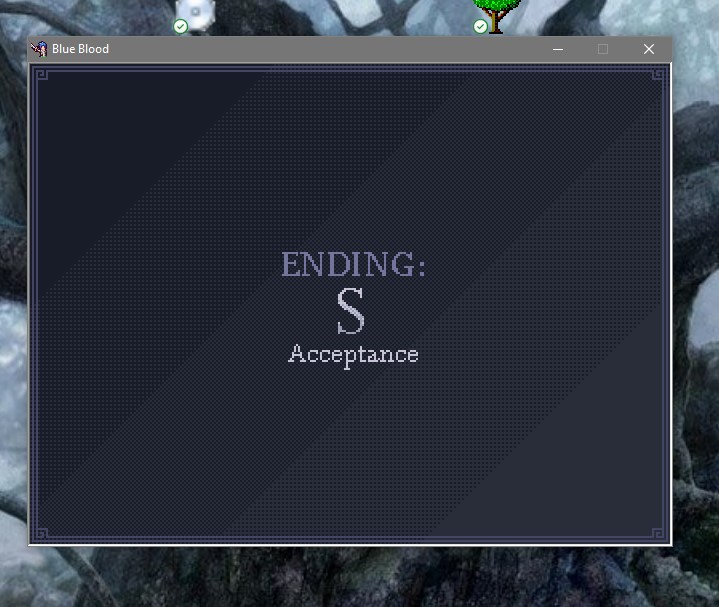 This game is AMAZING.

Reply
Neco The Sergal1 year ago(+1)

Starting a Let's Play, lets see what ending I get first ;0 Big thanks!

Came for a joyful murder party, got so much more.  Even if a bit hard at times.  The art, music, and setting are quite well done.  It's fun to see nobility and madness in the same house.

Now THAT, is a game. Loved it; the tone, the art, the characters. Fantastic. Managed to get an ending that I'm pretty happy with, and a little worried that if I go through and get the others they'll all be worse lol.

Finally a game where I can live out my fantasies

I recently published a full playthrough, no commentary

Wow! What an incredible experience. I came for the amazing art and bougie murder ball and stayed for the phenomenal story. The art direction, music, and writing was very immersive and added so much atmosphere and life to the setting. I've only gotten 3/5 endings and I can't seem to figure out how to get the last two (I'll keep at it when I have some free time again), but I've really enjoyed each of them so far. Great work, would eat the rich again.

The art is good, and the excellent writing creates atmosphere from place to place that helps create investment in the story.

That was absolutely lovely!! This game completely captivated me, with a dramatic setting to beautiful music and dialogue. Highly recommended!

I've been quite bewildered with the pacing of this game, especially with the main protagonist and her motives. And how questionable pretty much everything else is. I found myself immersed in this mysterious world of nihilistic selfishness, being at the helm of a character of whom I (or we) not know if her intents are for good or evil. It's just quite fascinating, and I admire how well you connect all these elements together, to form what was seemingly an short psychological thriller, but what otherwise felt like the longest 2 hours of my life. Well done.

I really enjoyed playing this, it kept me invested the whole time! The story was great and it really felt like the characters were talking naturally and not scripted. The music was nice to listen to and didn’t get overwhelming and the textures were pretty detailed. I followed and I really hope to see more games like this!

I really like this game, very fun and gave me feelings similar to playing classic RPG horror games, thanks!

The game is great! but the fight with Rorich is kinda hard since I can't use any aim's even if i recharge. Either way very good game.

Glad you enjoyed! Make sure you're reloaded, and hit Rorich with a few leg shots if he starts getting too fast for you to manage.

This game was just amazing! I loved how complex the characters and the story was, it really makes you think about things. The puzzles were mostly straightforward and I don't think I have any complaints about the combat system. Overall an amazing game that deserves more attention! Would definitely recommend it :3 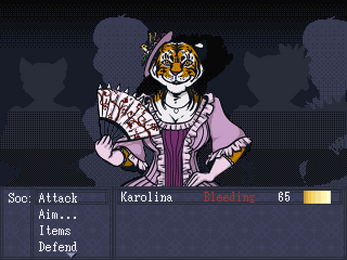 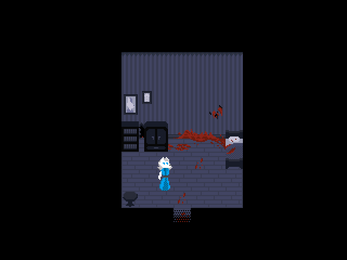 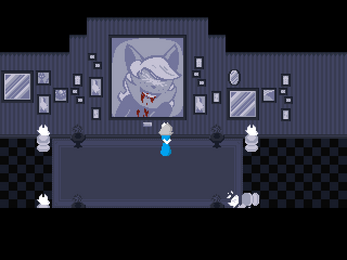 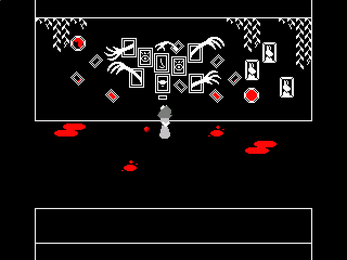 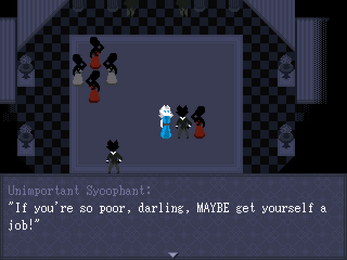