Hexxed is a game about an angry teen and her dog against the world.

The apocalypse has come to the big city. After arriving home from school, Clara discovers both her mother and her dalmatian, Star, are nowhere to be seen. Royally pissed, she grabs a knife and gets moving.

Run, fight, and explore through a city plagued by horrors ripped straight from the B movies of an alternate-reality 2000s, ranging from The Night of the Living Dead all the way to Birdemic, on an angst-driven revenge quest against the mysterious force behind it all.

Pretty Much Everything Else by Kyle Cedeno

I was having so much fun with this game, it's a pity I couldn't defeat the computer boss. I thought I was playing a simple zombie apocalypse survival game, which was already cool enough, but finding out I was in a cursed videogame was the best, it was so ominous and actually unsettling. It was even more interesting because my actual name is Clara and I'm a girl (nonbinary girl). I even somewhat look like the Clara here so it really felt like playing as myself. Though I still don't know how to defeat the computer.

Nevermind, I was able to defeat the computer. But I then (stupidly) died to the zombie in the basement with no lights on. I didn't try again because it was legitimetly too much effort. I'm not complaining, I genuinely think you might have made the computer boss actually too difficult for a character as weak as Clara. I only defeated the computer once out of pure luck, I survived it (the computer) with 1HP and my dog being dead, and that's considering I had all healing items available and was not attacked by any glitched villager or corridor walking zombie.

Well, this is shaping up to be a quite an amusing experience to say the least, I especially admire the the soundtrack. I will be looking forward for what this game ends up being in the future. And yes, I only just now have created my itch.io account to comment this. I'll be publishing my own project in the distant future.

I haven't finished it yet, but I'm enjoying the hell out of it. Feels like a full game already. I'll definitely be keeping an eye out.

I'M BAD ABOUT REPLIES but thank you!! Expect a looot more polish in the final release.

There's anything about the passcode

yes,just look for info about "princess" aniversary ,you'll find the garbage password easy (they are even highlighted if you didn't notice) 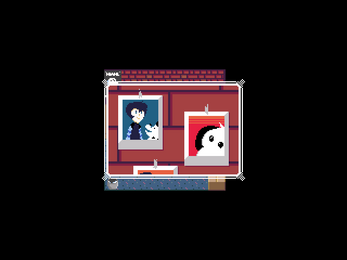 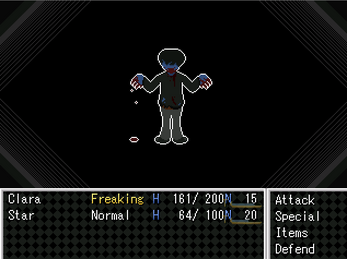